The greatness of a man is judged by the powerful and pervasive influence he has exercised for the good of his generation and by the certainty of his enduring impact on generations yet unborn. Judged by this measure, the late Dr. Kumaraswamy Nandakumar, former science teacher at Colombo Royal College and Justice of the Peace (All Island) was indeed one of the great sons of Sri Lanka in modern times. With the passing away of Nandakumar a year ago Nainativu lost a noble son, the Hindu community a great Hindu and his family a devoted patriarch.

Nandakumar hailed from a pre-dominantly orthodox Hindu family in Nainativu. He was born on September 30 1952 in Nainativu which is a very popular village on account of an ancient and historical temple 'Sri Nainativu Nagapooshani Amman Devasthanam' worshipped by Buddhists and Hindus alike.

Nandakumar received his primary education at Nainativu Nagapooshani Vidyalayam and thereafter joined Jaffna Hindu College and completed his G.C.E. (Advanced Level) Examination successfully. Subsequently he was appointed as a teacher and served at Muslim Vidyalayam Hunupitiya. In 1981, he joined the Palaly Training College and completed his training in science in 1983. After his training he joined the same Vidyalayam and served till 1991. Thereafter he joined Colombo Royal College and served as science teacher until he retired from service on account of his sickness in 2008. He was very popular among teachers, students and parents.

Nandakumar was a person of simple habits and hated vain pomp and glory. His hospitality, magnanimities, generosity, his unparalleled enthusiasm and humanitarian gesture towards everyone were highly commendable. He was a man of liberal and progressive views and was a successful science teacher. Above all he was a man of unimpeachable integrity and uncompromising honesty. He was a religious and social minded person who contributed to the propagation, promotion and development of the Hindu religion, education and culture. Further, he was a great devotee of Nainativu Sri Nagapooshani Amman.

He was a livewire and whatever he touched and undertook, he put new life into and made it a living institution. Verily no field of human endeavour was left untouched by the swaying amplitude of his imagination, the encompassing sweep of his thoughts and the indefatigable zeal of his actions. His energy and dedication as a keen social and religious worker was legendary.

Nandakumar was the Boxing master-in-charge at Royal College from 2002 to 2008. In recognition and appreciation of his immense service in the field of science, the Sri Lanka Association for the Advancement of Science conferred him with the science poularization award. He was also honoured by the International University for Martial Arts affiliated to the New International Karate organization of Japan. He was presented with the titles Vidyakalamani Samuga Jothy and several other titles for his yeoman service in the spheres of education, social, religious and cultural activities.

Besides, he was appointed as a Member of the Council of the National Authority on Teacher Education by the Human Resources Development, Education and Cultural Affairs Minister.

Indeed, Nandakumar and his wife were an idyllic couple intrinsically blended into one being, finding comfort, solace, happiness in each other through all the hazards and hassles of life. They were supremely blessed with three children, two sons and daughter who are excelling in their respective professions.

Being benevolent and sweet by nature Nandakumar soon found his place in the hearts of every one. 'Love and forgive', 'Live and let live' was his motto. Undoubtedly, he was literally a comet who blazed momentarily across the skies leaving in its trail a luminescence which the passing of time can hardly erase. Indeed, the loss of Nandakumar is irreparable, painful and tearful. The thought of his death is poignant, but his memory is fragrant. 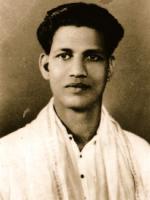 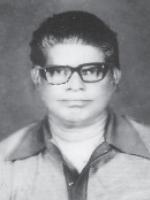 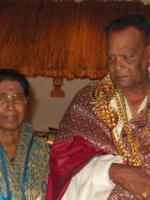 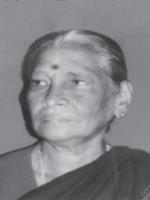 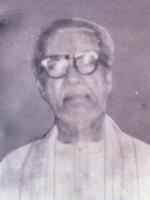